A View From the Top: 5 Questions with Sheryl Moore

By Ramsey Smith Meet the Change-Makers 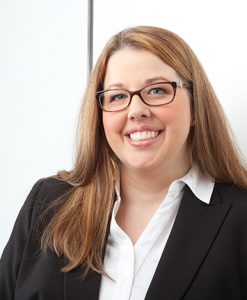 In the world of guaranteed income solutions, Sheryl Moore is the ultimate insider. Sheryl is president and CEO of Moore Market Intelligence and Wink, Inc. She and her team offer highly-respected competitive intelligence and market research data pertaining to the life insurance and annuity industries. I’ve known her for years and am pleased to share her insights on the annuity business. Here are excerpts of our conversation, edited for clarity.

*The opinions expressed in our 5 Questions interviews do not necessarily reflect the views of ALEX.fyi. Our goal is to provide perspectives from different thought leaders in the retirement space.

Walk us through your initial interest in annuities and your first step on the path to becoming a major player in the annuity field?

When I was in my twenties, I was a young mom of three kids- and then, very suddenly and unexpectedly, a single mom. I lived in Des Moines, Iowa and I needed a job where I could make sure that I could put food on the table for my kids, the oldest of whom was born with birth defects and health problems. I needed to be able to provide them with health insurance. One place to go if you’re looking for a career in insurance because Des Moines is the second-largest insurance capital in the U.S. and the annuity capital of the world. And so I started off by working in an entry-level customer service type position at an insurance company that specialized in selling index life insurance. I became really enamored with the product.

For a long time now, you’ve been recognized as a key provider of product development and competitive intelligence data. Tell us more about that.

Wink, Inc., which is my market research firm, tracks all of the life insurance and annuity products in the country- their features, their rates and the sales of those products. And we sell that information to insurance companies, insurance distributors and insurance professionals. It funds the advocacy work that I do to educate people about these products…

What do you think about the current level of longevity risk among consumers?

Lots of experiences have influenced my opinion. Over a decade ago, I was reading Time magazine and there was an article discussing how the first person to live to be 150 years old is already walking the earth today. So realizing that in my lifetime there will be people living to be 150 years old- that’s staggering to me.

Then you take into consideration the fact that the Social Security Board of Trustees has publicly released a report that says the Social Security system is not going to have enough funds to pay beneficiaries’ full retirement benefits by 2035. That has also has impacted my worldview.

I think that we still have a lot of education that we need to do about preparing for retirement. Essential to that is the issue that most Americans don’t know what an annuity is. But that is a very political issue because there’s a lot of misinformation about annuities in the public domain.

What are your thoughts on the now-abandoned DOL Fiduciary Rule? Was it a good thing?

I think the intention of the Department of Labor proposing the fiduciary rule was a good thing, although I don’t really know that Obama intended for life insurance and annuity salespeople to be part of that endeavor. Based on everything I’ve seen, it appears that the initial motivation for the fiduciary rule was people selling investments- rather than insurance products- and not acting in their client’s best interest.

Certainly, no regulatory regime that we have in the financial services industry is perfect. But my observations of the life insurance and annuity industry are that it’s not the Wild Wild West where people are out here selling unsuitable products to consumers. And certainly, I’ve worked with the National Association of Insurance Commissioners to help write the Suitability in Annuity Transaction Model Reg last put into place in 2010.

Like you, I have a problem when people say that a particular financial service offering is “bogus” or “bad.” It’s a matter of suitability. What do you say to people like Ken Fisher who object to annuities as being “bogus”?

My overarching message would be that there is no such thing as a bad product. So annuities are not bad and mutual funds are not bad. Life insurance is not bad. Stocks aren’t bad. Different products are viable and a good purchase decision for different people.

And I would venture a bold statement and say that Ken Fisher is not an expert on annuities. I am. He’s not really in a position to say nobody should buy annuities. I think that a decision to purchase an annuity is an individual process. It behooves consumers to collect as much research and information as they can from credible sources and then make a determination on their own. 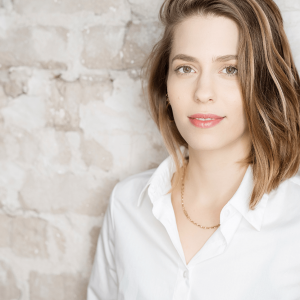 On the Frontline of Age Tech: 5 Questions with Keren Etkin

As Seen on TV: 5 Questions with Sharon Epperson 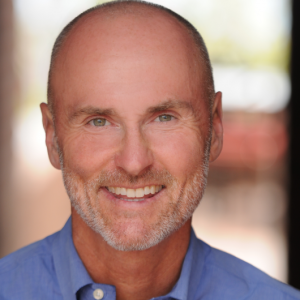 The Making of a Modern Elder: 5 Questions with Chip Conley